The election campaign and parliamentary elections in Montenegro were held for the first time in a very peculiar situation due to pandemic COVID-19. There was a small possibility to properly and directly approach the Montenegrin voters through usual means as pandemic measures were in force (measures related to public gatherings). Hence, these circumstances created online space and TV broadcasts major tools for presenting programs and inviting the electorate to support them by casting a vote. In this respect, the role of the media has been enormous, and it has shown as a powerful mechanism to direct public opinion in desired frames.

The parliamentary elections and local elections in five municipalities were held on 30th of August 2020, under the largely similar and questioned electoral legal framework during past years.

Debates over religious issues and national identity were in the centre of political campaigns, which showed the key issues in the country, but also the reasons why Montenegro is still lacking behind real democratic developments.

These elections could be characterized as historic in many ways, i.e. on the one hand, masks, distance and disinfection were key health electoral principles and on the other, the election results which were all but not expected.

Importantly to emphasize, the pre-election, election and post-election situation in the country was peaceful and democratic with minor deviations, elections observed by local and international observers and with high turnout which provide firm legitimacy to future newly formed government. This is crucial for Montenegro that showed capacity for democratic change, after opposition parties in coalitions won a majority for the first time in 30 years, while all political election stakeholders accepted the results.

However, all eyes are now directed towards the new convocation of the Parliament and negotiations for the Government formation on which will depend future overall conduct in Montenegro.

The 11th Parliamentary elections in Montenegro since introduction of multiparty system and 5th since 2006 independence were held on Sunday 30 August 2020 with a high turnout of 76.7% despite pandemic conditions and rare regularity recognition of elections by all election stakeholders. 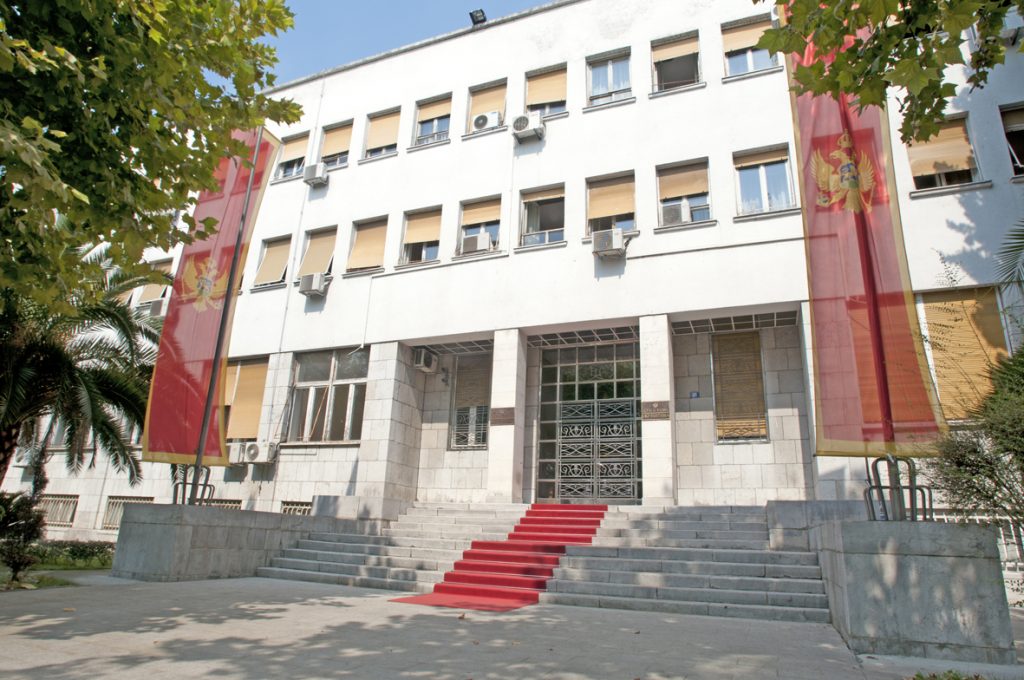 The Montenegrin Parliament has 81 seats, and according to the election results, the current opposition divided in three major coalitions, has 41 seats, i.e. holding the majority, while the ruling party with minority partners (traditional partners) has 40 seats. Hence, if this situation realises after the official negotiations the possibility to agree anything crucial in the Parliament (such as position of High state prosecutor, members of the Judicial Council, est.) shall be loose. After the final counting of votes, the results are clear – after 30 years Montenegro shall have DPS opposition in the government position.

The results after the official announcement by the State Election Commission on 14th September 2020 (after the repeated elections in Petnjica at the request of DPS) are as follows: Decisive for Montenegro – Milo Djukanovic 30 seats (Democratic Socialist Party – DPS), the coalition „For the Future of Montenegro“ 27 seats (Democratic Front – DF, Socialist People Party – SNP, Right Crna Gora, United  Crna Gora, Workers Party, Serbian Radical party and other smaller parties), the coalition „Peace is our nation“ 10 seats (Democrats, Democratic Crna Gora, DEMOS and other smaller parties), the platform Black and White 4 seats (Civic movement – URA, Justice and Reconciliation Party, CIVIS and groups of intellectuals), The Social Democrats – SD and the Bosniak Party won 3 seats each, the Social Democratic Party – SDP 2 seats, the Albanian List and Abanian Coalition Unanimously (Democratic party, Democratic Union of Albanians and Democratic Alliance in Montenegro) 1 seat each.

Since 2006 this is the first time that the opposition fought in elections unified and smartly developed a strategy to scatter the votes into three blocks. At the same time, the Croatian national parties HGI and HRS, divided its electorate by choosing to act separately, having as a consequence missed chance to enter the Parliament due to not passing the census. On the other hand, the Montenegrin traditional bloc around DPS performed independently and spilled the votes, thus causing loss of the decisive ones.

The Law on Freedom of Religion and explicitly strong influence of Serbian Orthodox Church in political life in Montenegro, the unstable political situation in coastal municipality Budva, corruption affairs, pandemic measures and high level of infected citizens, fragile economic situation, potential influx of support from abroad to opposition parties, questionable political moves and lack of communication within the former ruling party have all affected the citizens to vote in this manner.

All eyes are now directed to the President of URA dr Dritan Abazovic. His party is the tab on the scale with decisive four mandates and they declared themselves supporting the opposition side in forming an expert government (evolving to a mixed model of experts and politicians). However, the political negotiations are a mystery. The choice is between new, expert, could lead to dangerous, unsecure government with former opposition that certainly gravitate to more conservative, cautiously radical Serbian side and on the other, traditional choice towards the Montenegrin secure path to the EU and NATO, but with high level of serious issues with organised crime, corruption and implementation of the rule of law.

Significant changes for the benefit of better leadership, more transparent policy making process and effective anti-corruption policy are welcomed for democratic strengthening of Montenegro, but it does not mean that “each change is a good one”. Montenegro must be careful not to put in danger the current constitutional system and its path to the EU.

Four mandates are important now, but in the future could be dangerously put aside. It is necessary to create comprehensive and overreaching consensus of all political actors, to transcend differences and to jointly do what is the best for all Montenegrin citizens. This is the only plausible and legitimate way for the European Montenegro we want to see.

Montenegrins would know what to expect with DPS in the government, but with new wide and diverse opposition it is not clear with their intentions and it seeks extreme caution. The inconsistency inside coalition is easily possible to establish taking into consideration program of some opposition coalition parties and the circumstances after the election night:

–Having in mind that pro-Serbian parties advocate in the pre-election campaign for a withdrawal of the recognition of Kosovo, withdrawal from the NATO Alliance, withdrawal of the Law on Freedom of Religion, changes in Constitution in respect to the Montenegrin national symbols, closer ties with Russia and Serbia (referring to the politics, not people), etc. Additionally, remembering the night after the election when Montenegrin Serbs celebrated throughout Montenegro with Serbian national flags and songs, creating tensions in the country.

The real question, which we should look into, is the question of the government composition, but even more the question of who holds the real power. If we analyse it thoroughly and carefully, we could come to a clear response where Montenegro might be heading to in the next period. 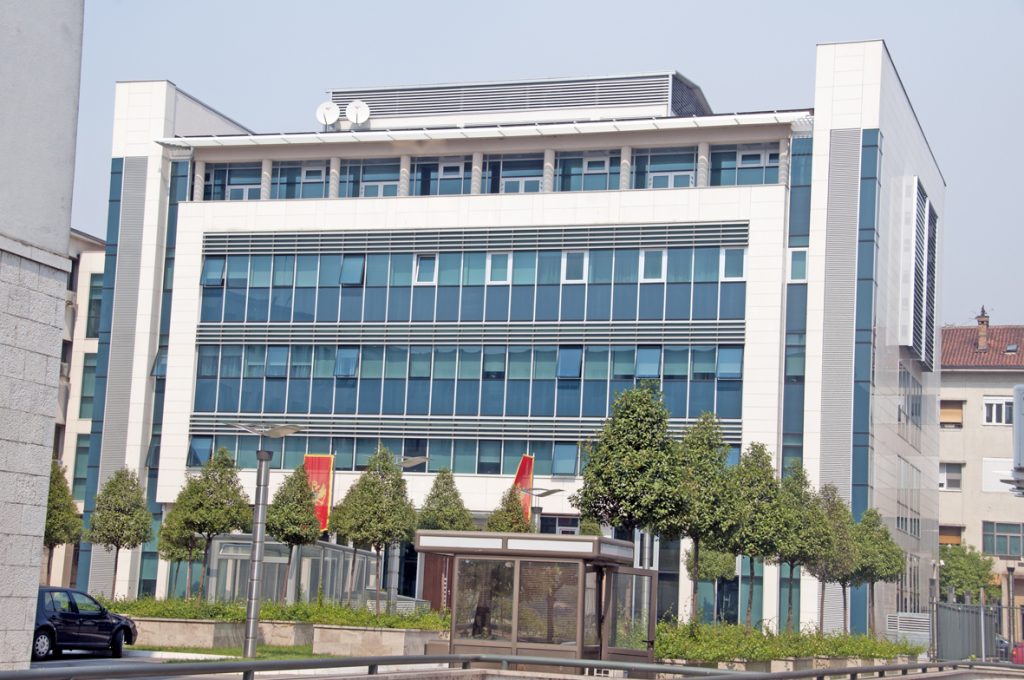 However, democratic change is good if it brings a solid system of checks and balances. The mandate of president Milo Djukanovic is until 2023 and in the most important municipalities DPS largely holds ruling position. On the other hand, with opposition taking over the government and having a slight majority in the Parliament, we could establish that the system of checks and balances with proper communication and responsibility.

The economic situation shall be litmus test for whoever forms government because pandemic situation has significantly worsen Montenegrin economic and financial indicators (revenues of tourism are historically low, budget funds are dwindling, big budget deficit, dangerously high public debt,  the repayment of the highway loan will begin in 2021, possible new credit arrangements with IMF or WB, est.).

It is yet to see whether this democratic change shall create a new impetus for future Montenegrin development, which is the biggest desire of all people who sincerely wises Montenegro wealth, prosperity and peace.

The first session of the newly elected Parliament is convened by the President of the previous convocation of the Assembly, currently the leader of the Social Democrats, Ivan Brajovic. After the talks with the parties’ representatives who have entered the Parliament, all political stakeholders have agreed to schedule the first parliamentary session after the elections on 23th of September 2020.

There exist a lot of possible scenarios as a cause of the political negotiations for forming the new government; some could be set as follows:

– The most likely so far is that the three winning opposition coalitions form the Government; however, with dispersive and diversified network of parties it is very likely that it will not stay in power for a complete mandate of four years. The negotiations between these coalitions have already begun; it is evident that they will have hard times finding suitable persons for many responsible positions in the government. One thing is now evident, in the negotiating table there are no women. Certainly, many issues could have been resolved in different way if women would have had more leading roles in Montenegro. In this respect, this fact represents serious defect. However, it is yet to see their government proposal.

– The less likely, it is the forming of the minority government supported by DPS and at the same time not being part of the structure, this however could provoke anger among voters resulting in high political consequences for URA.

– In the end, not forming government is another valuable solution creating conditions for new elections – in this case DPS could be victorious, as the opposition would have shown incapacity to create government (not mentioning then government conduct).

Certainly, awareness of possible political options is present, and it is clear that these elections and post-election negotiations are a real treat to all political scientists in Montenegro and wider communities.

International community is firmly announcing the support only to those who will continue path to the EU, who will continue to respect international agreements and who will build cohesion in the Montenegrin society. The EU and other international partners have recognised election results and welcomed the democratically held elections. For any historic change (as this one) it is necessary that international partners are supporting democratic processes and expressing straightforwardly against any actions that could lead to dismantling of the current constitutional state of Montenegro and its strategically foreign policy goals.

The election results could, on the one hand mean good to the European integration process by busting reforms with the new Government, however, it is very slippery ground if the new Government gradually changes the course of Montenegrin foreign policy. We should be very cautious and even more international community, however, helping hand in resolving many issues in Montenegro must be given and it is up to the new coalition to prove that it deserves to be trusted.

Pan-European Union in Montenegro shall no matter on the government composition support the Montenegrin path to the European Union and give a helping hand to anyone with intentions to make and sustain Montenegro in peaceful, multicultural and prosperous society based on the respect for human rights and governed by the principles of rule of law. In this manner we are all looking forward to leaving elections behind us and turning to  completing the European accession process and enforcing necessary reforms in order to put Montenegro next to the most developed countries in the European Union. 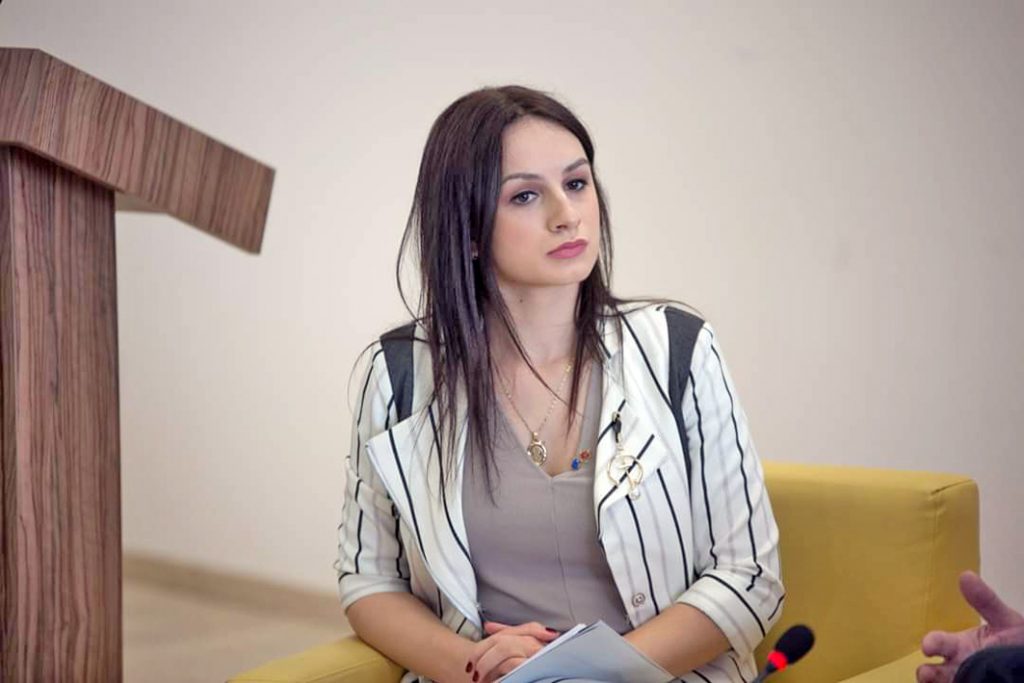