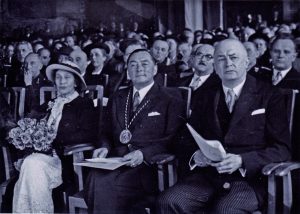 END_OF_DOCUMENT_TOKEN_TO_BE_REPLACED

Russia has many narratives about why it started the full-scale invasion of Ukraine on February 24. One of them is expressed in Putin’s November words that Russia would be forced to act if its „red lines“ on Ukraine were crossed by NATO. Russia launched a war against Ukraine calling it a „special military operation“ and saying that the weapons supplied by NATO member countries to Ukraine threaten Russia’s security. And the Kremlin also wants to „demilitarize“ and „denazify“ Ukraine arranging genocide on the territory of a sovereign and independent state. Despite this, some politicians, for instance, President Macron, continue to call Ukrainians and Russians „brothers.“ Why we have never been fraternal and what is the path of Ukraine to obtain full membership in NATO, read in this article, by Anastasiia Hatsenko.