The final conference in the project Citizens Looking for Multidimensional Migration Challenges (CITIMIG) – co-financed by the Europe for Citizens Programme of the European Union – took place 17-19 September 2021, at Europahaus in Vienna.

After five conferences in the project Citizens Looking for Multidimensional Migration Challenges (CITIMIG) – co-financed by the Europe for Citizens Programme of the European Union –, which had to be held online, due to the Covid-regulations, the final conference could be organised with personal presence in Vienna. Under the title Migration – Intercultural Dialogue – Future of Europe experts from several European countries discussed with almost 100 participants from all over Europe.

In this article we want to sum up the panel discussion by presenting some key messages from the panelists:

„THE migration“ or “THE migrant” do not exist; both are as varied as human existence itself. Policies which do not take this into account are setting themselves up for failure.

Europe’s struggle for a unified approach towards migration is undermined by national(istic) politicians, who have highjacked the topic and are exploiting it for short-term political gain.

Migration and its consequences are extraordinarily complex and demand responses on a multitude of levels, involving a wide range of stakeholders. Whoever provides simple solutions is either ill-informed or lying.

That the public discourse on migration is a purely emotional one constitutes a major problem. The objective discussion of the challenges and opportunities of migration, which is so urgently needed, is not taking place. Dark times for evidence-based, solution oriented politics. 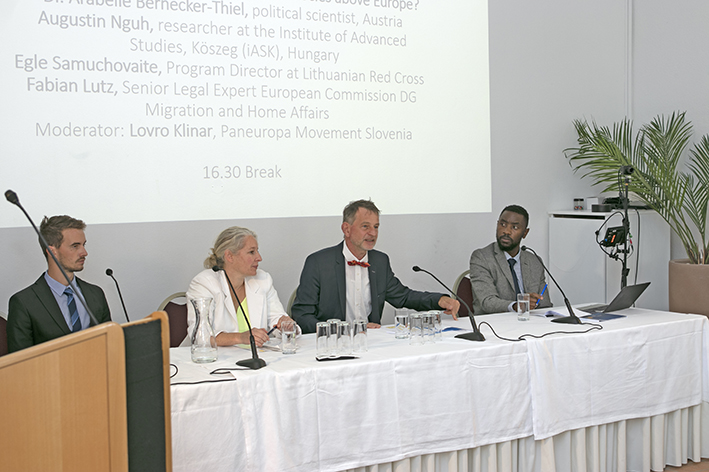 Many Africans in Europe nurture a hope to one day return, either permanently or temporarily.

Many efforts have been made by the European states to ‚manage‘ the return of Africans, yet these efforts have failed.

The majority of returns are spontaneous. These returns have received less attention.

Most of those who return are male, have a permanent legal stay in Europe and are usually from privileged families.

The reasons for these spontaneous returns are varied.

Upon return, most returnees face many challenges which hinder their reintegration.

If return is unsuccessful, they move back to Europe (circular migration).

Border control allows to conduct security and identity checks, so as to know who is coming. But it does not allow to refuse applications for asylum made at our borders.

The Dublin rules, had been agreed upon thirty years ago in times of migratory “good weather”. Applied to todays realities, they imply that a few Member States would be in charge of a huge proportion of all asylum seekers. That cannot be.

Integration, as we see it, is a two-way process, which implies acceptance of the basic values of the EU, knowledge of the host society’s language as well as mutual respect and tolerance.

The current migration policy debate is characterised by attempts to bridge two seemingly contradictory policy objectives: Limiting the inflow of irregular migrants and maintaining a high level of fundamental rights.

This challenge will not go away.

The Migration Pact proposals are currently under negotiation. One can already see now that the main bone of contention remains the same as in the past years, namely the willingness of Member States to accept binding solidarity.

Egle Samuchovaite, Program Director at Lithuanian Red Cross, reported about the situation in her country and the instrumentalization of refugees and migrants by the totalitarian regime in Belarus.

The panel was moderated by Lovro Klinar from the Paneuropa Movement Slovenia.

Panel 2 The art and power of European political dialogue

Dr. Paul Rübig, former MEP, expert for the EESC on the conference on the future of Europe, Austria

A strong Democracy is build on consensus.

Tolerance is base of transparency.

Respect is necessary to develop culture.

Value creation for eradication of poverty.

I am convinced that individual measures or ideological “golden calves” will not be decisive for the future of our continent. But the question of EUROPEAN IDENTITY will. Because only it creates cohesion and thus the ability to stand together in situations of crises, instead of everyone just looking at themselves.

European identity, that is a sense of togetherness, a WE-feeling. And this is of the utmost importance for Europe, because in reality it is the only sustainable remedy against dull nationalism. But such a WE-feeling cannot be conjured-up, even less it can be decreed – it must grow naturally.

I always say, no identity grows out of arbitrariness! And that is exactly the problem for the development of a substantial European identity: too much arbitrariness, too little substance. Unfortunately, in this regard politics seem to prefer to deal with the packaging rather than the content.

European identity needs common values ​​as a common basis. And that can only be those values ​​that are the Christian-Jewish heritage of our continent.

Hans-Dietrich Genscher, Germany’s legendary Foreign Minister, once said: “Europe is our future, otherwise we have none.” I would like to add: “And the development of an identity is the future of Europe, otherwise it has none.” That is the main task, the greatest challenge facing politics at the EU level, but also that of the member states. 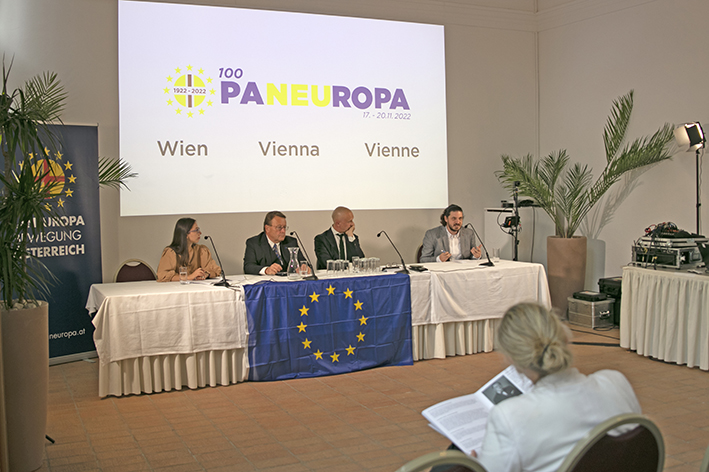 An identity / historical dispute (North Macedonia and Bulgaria) has yet again revealed the inability of the EU to reach consensus on strategic questions.

Despite promises, especially of the German leadership, EU membership for the Western Balkans 6 seems elusive.

Stabilocracy is still the main underlying approach to the Western Balkans.

Open Balkans initiative (Mini-Schengen) is an illusory replacement for EU integration, though it might complement the formation of the Open Regional Market.

The panel was moderated by Bojana Boskovic from Paneuropa Union Montenegro.

Panel 3 Rethinking the future of Europe

Background: The European Parliament has agreed on a Resolution on Citizens’ dialogues and Citizens’ participation in the EU decision-making and suggest a lot of instruments to strengthen European democracy:

Europe’s People’s Forum says:  Many more citizens should be involved in a deliberative formulation and detailing of European Citizens Initiatives to ensure broader citizens’ ownership.

Representative deliberations of citizens’ and youth’s proposals discussed with EU representatives at the Citizens’ Dialogues, before transparent follow-up by the EU institutions.

The Citizens, Equality, Rights and Values Programme should allow funding to be linked to regional and national partners for professional and representative Citizens’ Dialogues.

Besides participation in peer educational programmes as Youth Parliament and EU Youth Dialogue emphasis must engage youth directly in the policymaking processes.

Besides Erasmus+ and ESC support to participatory independent regional, national and European media formats is necessary.

Attractive participatory mechanisms must be used at local, national and European level and give citizens a real say in policy making.

All citizens must be reached where they live and work – vulnerable, marginalized and apathic  citizens should feel ownership to EU policies.

Easy online platform and local partners attract citizens to set the agenda and prioritise challenges and topics before representative deliberations. 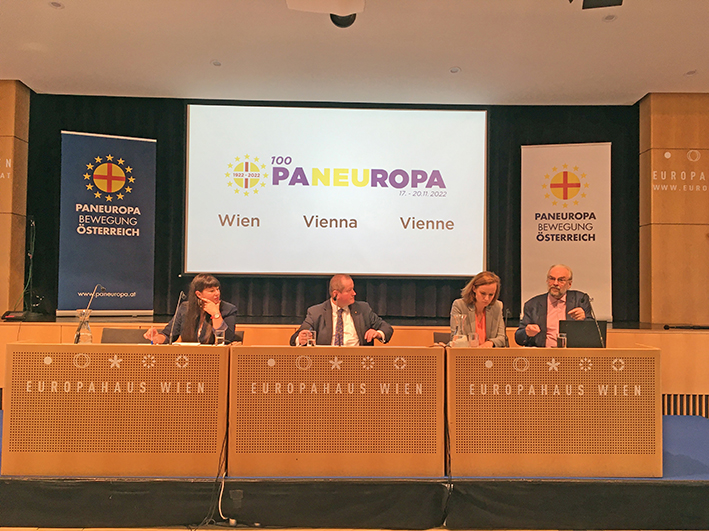 Conference on the Future of Europe should strengthen Europe as business location. We need to focus on international competitiveness and the opportunities of the green and digital transformation.

Important to introduce a strategy for securing skilled labour for Europe. We need to position the EU as an attractive destination for international talents, because a competitive, digital and innovative Europe needs well-trained professionals.

Research and innovation activities need to be stepped up with a special emphasis on key enabling technologies. This is the only way for Europe to lead the next innovation cycle.

Conference on the Future of Europe should be a result-oriented debate and take the needs of businesses into account.

European cultural and educational exchange programs provide the high potential to bring to participants new eyes, rather than a different point of view. Because what is the point in observing a room from different angles if you are blind?

Europeanization is a matter of perception. The European membership perspective provides an incentive for national governments to undertake radical reforms in the judicial sector and the rule of law, supporting accountability, fighting impunity…

…To the common citizens the prize instead is not the membership in the club, but the daily rule of law standards of ‘club members’.

The soft power of Albania (safe haven to the WWII Jewish, who provided to the Italian Covid collapse voluntary nurses in 2020, or welcomes Afghan refugees in 2021) stands in a natural born solidarity – often lacking among EU members in times of crises.

Europe should mind Eurocentric narratives of ‘European values’ which are universal human rights values. And pay attention to candidate states with declared European perspective, which refuse to face the crimes of the past, promoting hate speech in the discourses of the present.

In frozen-conflict countries, sorry seems to be the hardest word: artists may say it first, but can’t be the last without politicians in power, academics and religious actors involved in showing previous support to those crimes committed only a few decades ago.

Europeans know what happens in Myanmar may stay there, but what happens in the Balkans never does. EU investments in the Western Balkans are an investment for the block. Road infrastructure (highways, railways) facilitates the free movement of tourists, goods, capitals, services.

But it’s by supporting the ones who keep the flame of the intercultural dialogue alive that sustainable peace and justice is possible, before the gunpowder of hate explodes.